SIRIS, Hugh Padgham And That Time In London 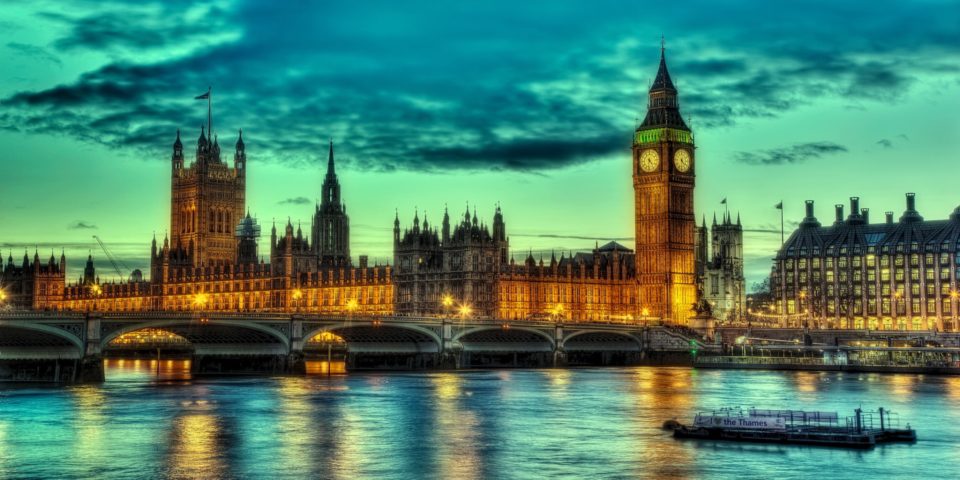 It was a cool, cloudy day in London on July 9, 2006. Nothing out of the ordinary for most Brits. No matter how cliche’ it might sound, there always seems to be a light drizzle in parts of England, on any given day. This day was no different. That’s not to say there aren’t sunny days in England, but comparatively speaking, they always seem to be in shorter supply. At least that summer it was.  And although it was mid-summer, it was only about 21°C  (69°F). Very comfortable compared to the 90°F temps in Los Angeles, where I was coming from.

It was a special time throughout Europe. The energy and excitement of the World Cup filled the air. Italy and France prepared to do battle later that evening in Germany. I watched the game later that night, from my hotel room, on live TV.  It was one of the most exciting World Cup Finals in recent history.  Who will ever forget the Zidane incident!?  I won’t.  Obviously, being half Italian, I was rooting for our fellow Paisan’s.  In fact, their was a rather large Italian contingency outside the hotel where I was staying. When the final seconds ticked off the clock, it felt like being in Rome. Our Italian brothers and sisters cheered, yelled, honked and boisterously celebrated through the night.  Italy defeated France 5-3 and London became Little Italy.  I was never a European Football (Soccer) fan, but even I couldn’t resist the energy and excitement of that World Cup.

State Of The F’ing Art

For me, it was a very special day, because I was about to meet one of my longtime music idols.  As the cab pulled up to SOFA Sound, I couldn’t help thinking about how cool this moment was.  I guess you could say, I was a silly fanboy.  I was finally going to meet the guy who produced the albums that I loved and listened to, over and over again, throughout my teenage years.  Some of the best music of our generation was engineered and recorded by this man.  Genesis, Phil Collins, Peter Gabriel, Sting, The Police, Elton John, Paul McCartney, Brian Wilson, Frank Zappa, XTC, Pink Floyd, Bee Gees etc… you name it, this guy did it. He produced some of the most iconic albums of our time. Four time Grammy Award winner and 13 times nominated. That pretty much sums it up.  I’m not ashamed to say, I had a few butterflies in my stomach. Not nervous, just excited.  I got out of the cab, with umbrella in hand, and dodged a few raindrops on my way to the front door.

Just for perspective, this meeting had been set up for over a month. The correspondence that had taken place prior to this meeting had been going on for several months.  The anticipation was real.  Moreover, I was excited about the possibility of him producing a new SIRIS album, particularly our new Chinese album.  As I walked through the door, I was greeted by his assistant engineer Jay.  We made our way upstairs to the main studio. It wasn’t big. In fact I was really surprised at how modest it was.  I had traveled the world and seen some pretty high end studios. In comparison, this studio was small, yet warm and cozy.  Heck, I was producing our music out of our basement, so it was obviously much better than our paltry little home studio back in Philly. But in seeing his space, it somehow made a lot of sense to me. It seemed fitting that such a successful producer was working in such a modest recording environment.  With that said, the size didn’t fool me. There was great equipment in this studio.  He had a 64 channel SSL board and tons of high end outboard gear that made most larger commercial studios look weak. He was running Pro-tools, but still preferred recording on 24 track analog tape which he bounced to digital for mixing.  It was a great setup, in a small space, that packed a lot of power. He called the studio SOFA Sound, which stands for “State Of The F’ing Art”.  Pretty fitting, if you ask me.  Being in this space, I thought about my own workflow and how I was utilizing what I had.  The experience gave me a lot of food for thought.  Although gear is important, I realized that it’s not about the space you occupy, or even the amount of gear you have.  It’s about how well you know your gear and how well you can get what you need out of that gear, in the space you have.

When Hugh Padgham finally arrived, we shook hands.  He smiled and said “So you’re the guy singing in Chinese”.  He was fascinated by what we were doing.  SIRIS was the first and only Western group at that time recording and performing original Chinese songs.  Hugh was intrigued by the whole situation and very interested in working with us.  I had so many questions I wanted to ask him.  I was like a student thirsting for knowledge.  I asked him about how he recorded Sting’s “Ten Summoners Tales”.  We broke down specific songs and chatted about different equipment and techniques he used. Ten Summoners Tales is one of the best produced albums I have ever listened to and without a doubt one of my favorite albums of all time.  Probably top 5.  Hugh won the Grammy Award for best engineered album for Ten Summoners Tales.  It was well deserved.  He told me about how noisy it was in Stings home at Lake House, in Wiltshire.  As I recall him saying, mic bleed-through was a big challenge, since the equipment was set up in the kitchen and dining area of the house, which generated a lot of echo.  He told me a lot of time was spent on meticulous sound replacement and enhancement.  A kick here, a snare there.  I always wondered why that album sounded so perfect.  Never had I realized, he was doing what I was doing back home, to perfect our recordings.  Hugh said the album was recorded on daisy chained ADAT’s.  As he spoke, I absorbed everything like a sponge. We talked about how he recorded “Invisible Touch” with Genesis at the Farm Studio in Surrey, as well as Phil Collin’s solo album “No Jacket Required”. He explained some of his drum recording and mixing techniques with me, such as the gated reverb, that he helped make famous on “In The Air Tonight”.  We talked about “The Police” and how they recorded “Synchronicity”.  We chatted for about two and half, three hours.  I loved every minute of it.

Whereas most musicians might be excited to actually meet a famous musician whom they admire or emulate, I always admired the people behind the scenes.  The producers, mixers and engineers.  I always wanted to meet Hugh.  He shaped the sounds of the recordings I listened to.  He helped my favorite artists realize a much bigger vision; an artistic vision that could not have been possible without an objective point of view, and a solid technical understanding of music and the studio.  I studied his work meticulously for many years, always trying to emulate his production style and quality, in our own music.  So, for me, this was an opportunity of a lifetime.  I listened and learned.  It would be like a young basketball player shooting hoops with Michael Jordan for 3 hours, and Jordan giving that kid pointers, which the kid would use for the rest of his life. For lack of a better analogy, I totally felt that way.

His Encouragement Helped Me A lot

As we continued chatting, we talked in great detail about SIRIS and our future plans. The plan was for Hugh to produce the next SIRIS album, “We’re All The Same”.  He was very interested and intrigued by the project and also very complimentary about our music.  All of our musical influences were people that he produced.  He could hear those elements in our music and liked our style.  He loved the demos for “I Was Chinese In My Last Life” and “We’re All The Same”.  All in all, he loved the vibe and even mentioned how well the demos sounded, which for me, was a great compliment; especially since I was producing this stuff from our basement, with very limited equipment.  His encouragement gave me the confidence to improve. I’ll always be thankful for that. That meeting made me look at things from a different perspective.

Things were moving fast in those days.  At that time, SIRIS was going full speed ahead. I was doing many promotional events across Asia and the US.  We were also preparing for several concerts, including a big televised concert on MTV that September.  Scheduling was a challenge.  Hugh wanted to produce the album. There was a lot of historical significance to producing an all western band performing original Chinese songs.  He was on board.  Unfortunately, timing and scheduling didn’t permit.  We had to push things back and in the end, I produced the new album with my brothers assistance.  But throughout the whole process, it was Hugh Padgham’s encouragement that lit a fire under me to finish the project. After meeting him, I felt empowered to prove something.  I felt that if Hugh could do it, so could I. The master himself actually complimented me and my ability, and that alone made me want to strive harder to succeed.  When you’re a young producer, you’re not always sure about what sounds right. You’re always second guessing yourself. You experiment with a lot of different things, hoping you can achieve the desired sound you’re looking for. Early on, I always had confidence in my ability, but at times doubted myself. I beat myself up a lot.  I would compose really good songs and then throw them away. If I couldn’t record them the way I envisioned them,  I would start over and over again. That was the perfectionist in me.  To be honest, it’s a damning process and nothing short of a disease. I had to learn to control that.  I learned that the imperfect can be more perfect and satisfying than the preconceived notion of perfection.  The challenge for me was that my music was always perfect in my mind, and trying to translate that so it could manifest into a physical and audible form, was like compromising or succumbing to imperfection.  I had to get over that.  Sometimes it just takes someone to give you that little push. And though he probably doesn’t really know it, Hugh gave me that push, and I’ve become a better producer for it.  Who knows, maybe one day we’ll finally get that chance to work with Hugh.  But regardless, I’m very thankful for that opportunity back in July of 2006. Although it was many years ago, I still remember it like it was yesterday and I’m thankful! 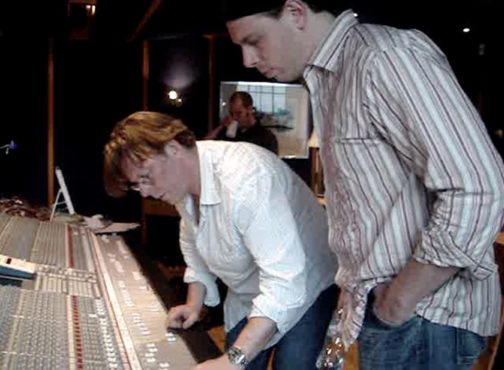 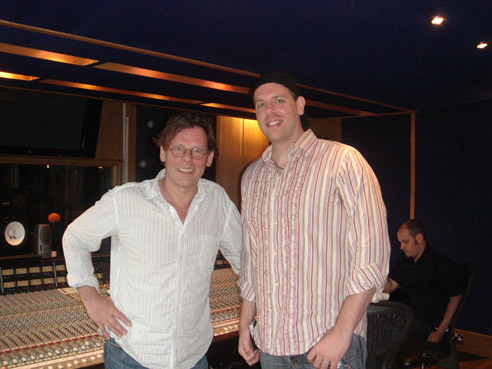